deconstruction of od&d ability scores and their effects

Surprise! You get some proper punctuation because I originally wrote this in a Word document.

In OD&D, 3d6-based effects are tied together under a particular ability score.

In each of the tables that follow, the most average scores [9, 12] are highlighted.

By wrapping up these 10 different effects into the 6 abilities, the Dungeons & Dragons game establishes character archetypes. Since most effects of ability scores only take place for those with scores outside of the middle ~50%, with the notable exception of system shock survival [1], the expectation is that characters will have 3 average abilities (with effects) and 3 abilities (with effects) significantly below or above average. This means that the categorization of effects by abilities, besides solidifying character concepts, also helps limit the extent to which randomization affects player experience. Perhaps it also relates to there being three classes, and so a player can get an even if asymmetrical mix of ability scores applicable for XP bonuses and/or more practical effects (e.g. initiative bonus).

Keep in mind that for XP bonuses:

The lack of a Strength-to-Wisdom 'conversion rate' for mages shows that players were more likely to play as either clerics or fighters, whose Strength/Wisdom conversion rate is the inverse of each other. 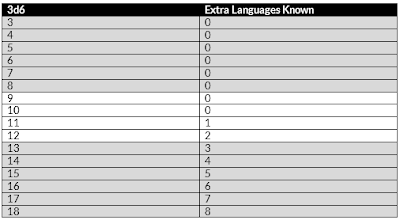 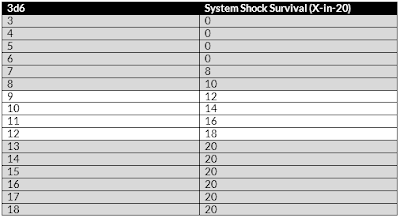 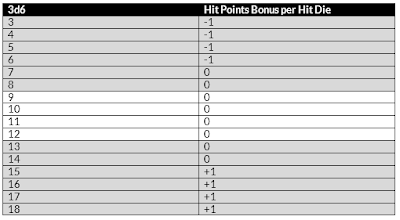 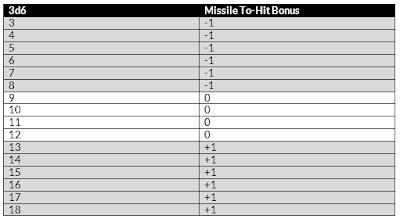 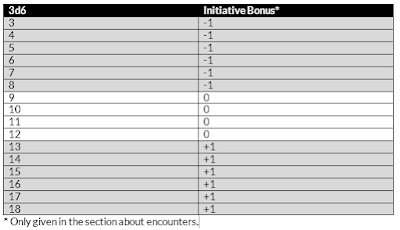 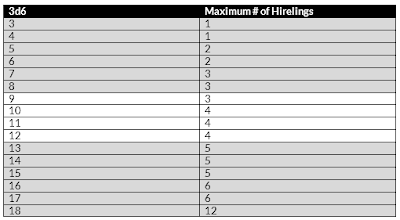 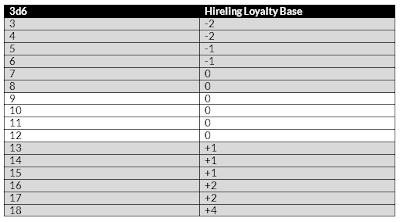 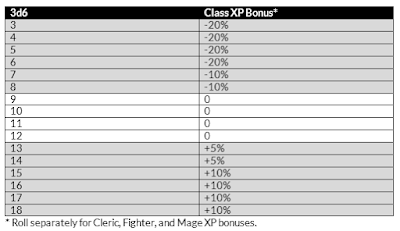 [1] This means that system shock survival was not only viewed as significant by the authors of the rules, but it was expected to significantly affect even (or especially) the average player.