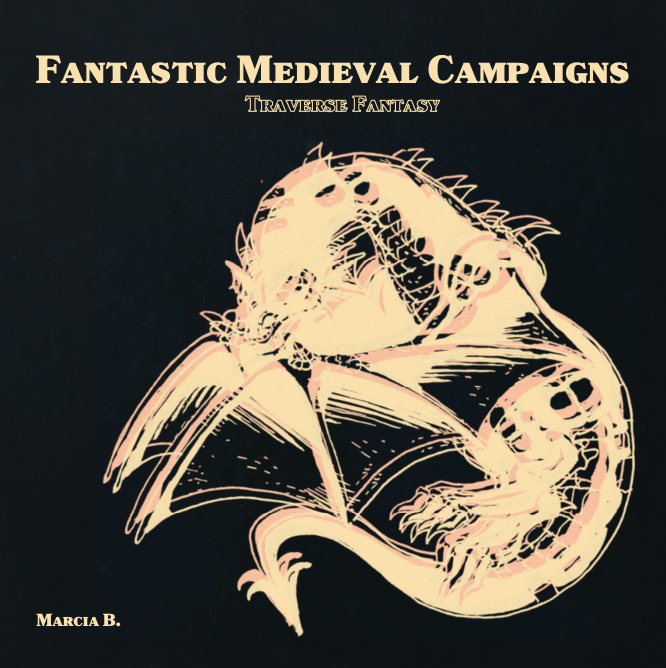 After months of writing and rewriting and analyzing and formatting, the body text of Fantastic Medieval Campaigns, my retroclone of the original 1974 edition of Dungeons & Dragons (a.k.a. OD&D or 0E) is basically complete! I wanted to take this time to talk about my motivation in working on this, how far it's come along, and what steps are left for me to feel satisfied in putting at least an initial version online. 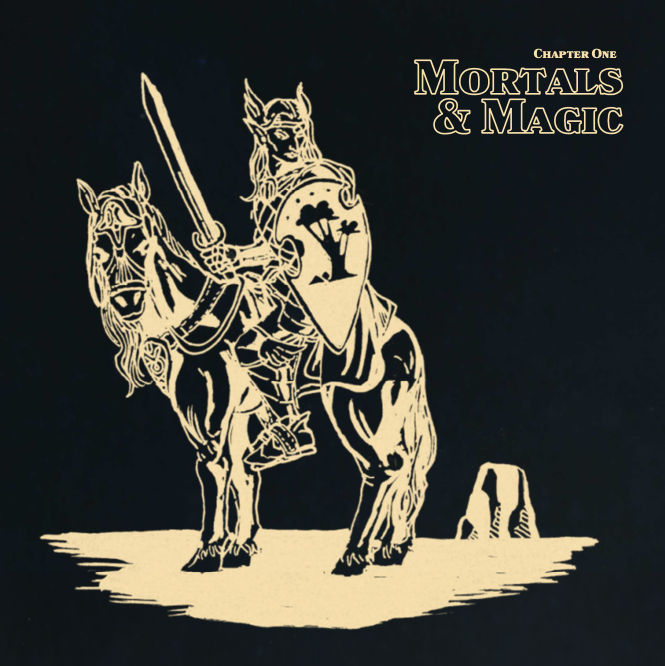 At first, I took this project upon myself as a way to practice my layout skills. I'd hoped that at the end, I would have a version of the ruleset that I would be happy to actually print out and put on my bookshelf for my own reference.

However, I did not anticipate how long this would all take. The original "little brown booklets" have an overall page count of ~120, and the third edition of Chainmail is about 50 pages long. Having rewritten the LBBs and abridged Chainmail, my own document is ~200 pages long.

Above is the table of contents for Fantastic Medieval Campaigns. Unlike some other 0E retroclones, I have not reorganized the contents of the original publication to a great extent. The three chapters correspond to the three volumes of the original rules, with Appendix A corresponding to the rulebook for Chainmail. This is because when I had began the project as a personal pursuit, I had not originally thought to file off the proverbial serial numbers.

When others showed interest, it was only then that I began to rewrite the rules to avoid copyright issues. Nevertheless, I think that organizing the rules in this way helps convey the haphazard way that the original publication was written and laid out. My goal here was not to clarify the original publication which is so famously unclear, but to facilitate the same sense of having to fill in the gaps in order to make good use of it. 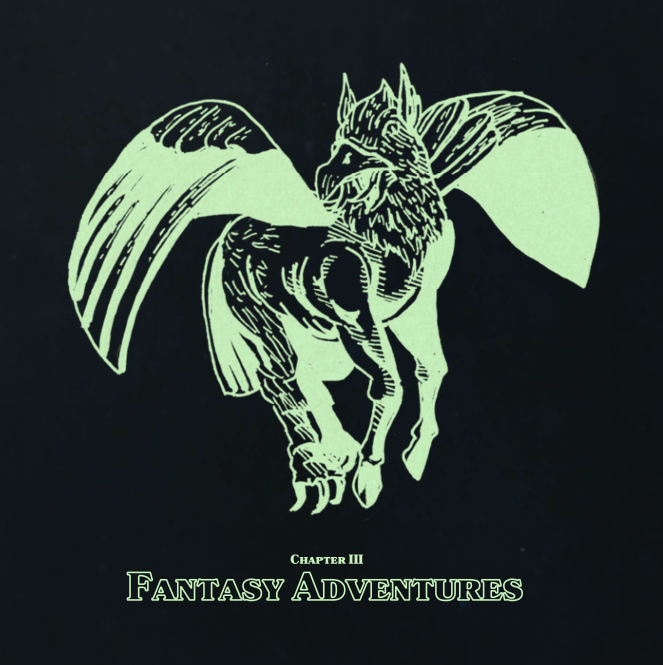 It is possible to replicate the same incomplete and inconsistent ruleset without compromising visual clarity by way of layout. The original booklets were, to put it kindly, hard to read and navigate. It's as though they were typed in one go on a typewriter, and the typist was just going down the pages writing line after line without concern for aesthetic or information accessibility.

Below are some screenshots from each of the original three volumes, and two from Chainmail (which itself was not nearly as much of an organizational mess as was the original D&D): 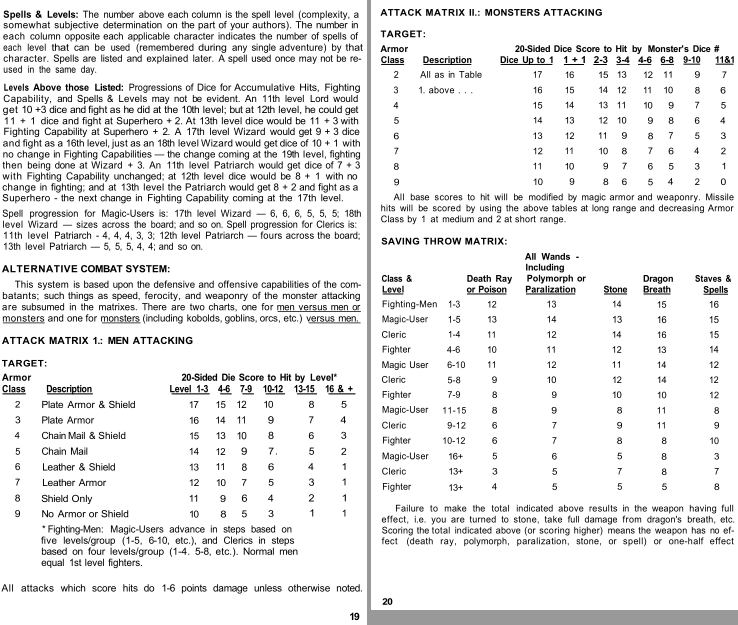 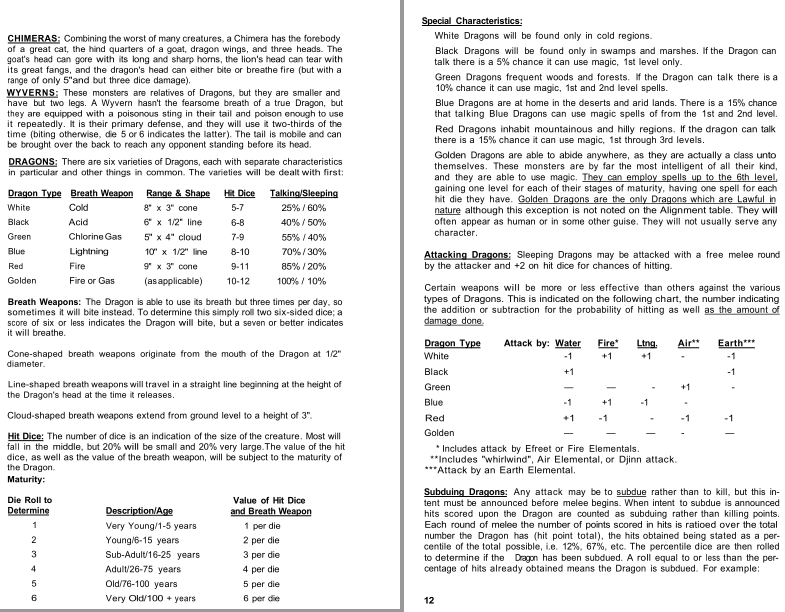 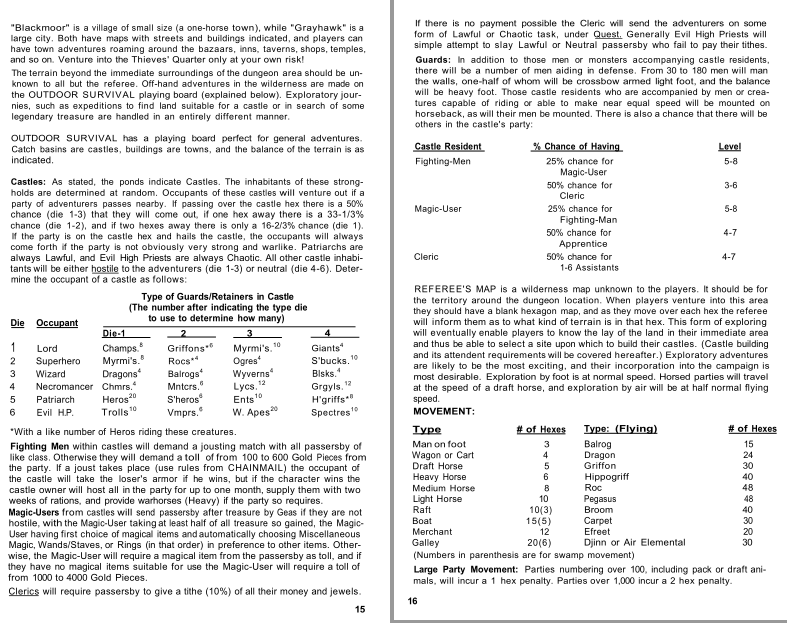 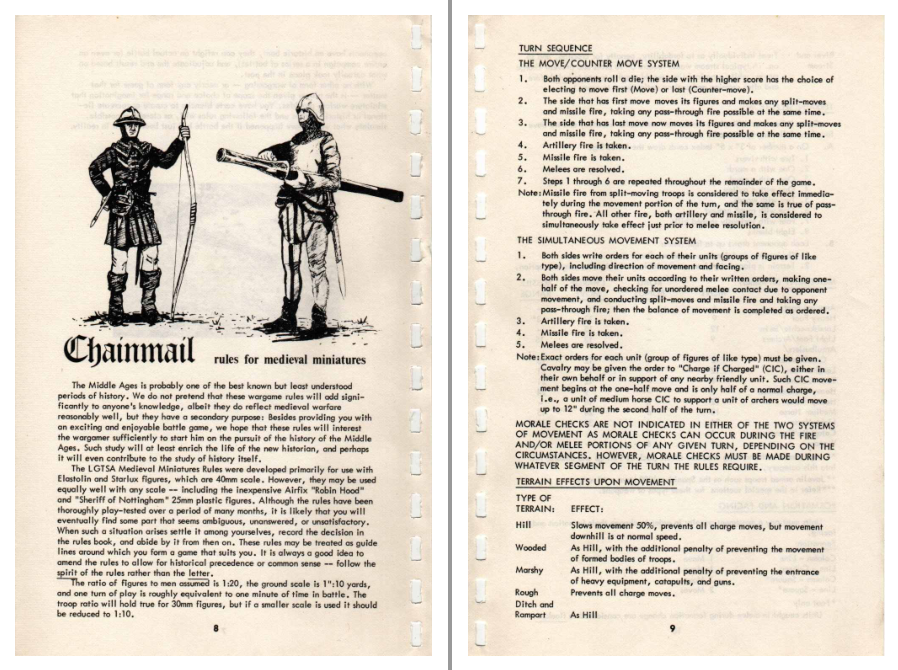 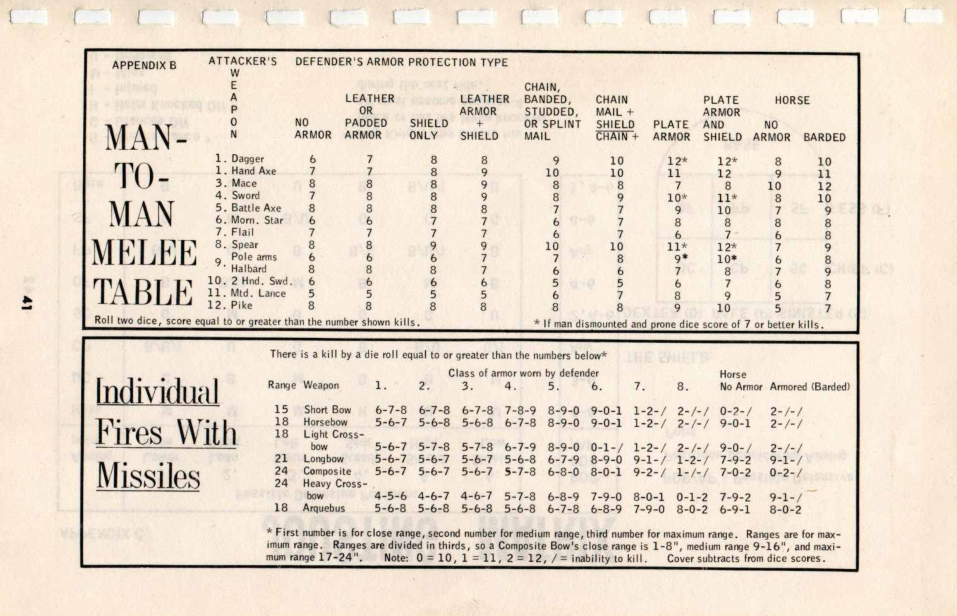 And below are some screenshots of Fantastic Medieval Campaigns.

I tried to accomplish this by using a sort of control panel layout, where you can turn to a page and all the information pertaining to it will be there. This was especially difficult for the second chapter, where there are so many interconnected tables for magic swords and other treasure! Overall, though, seeing how all the moving parts of the original publication actually fit together made this whole project worth it. I'd like to be able to use this document as an authoritative reference on the original text without much if any editorialism, so I hope that's what I've accomplished here. 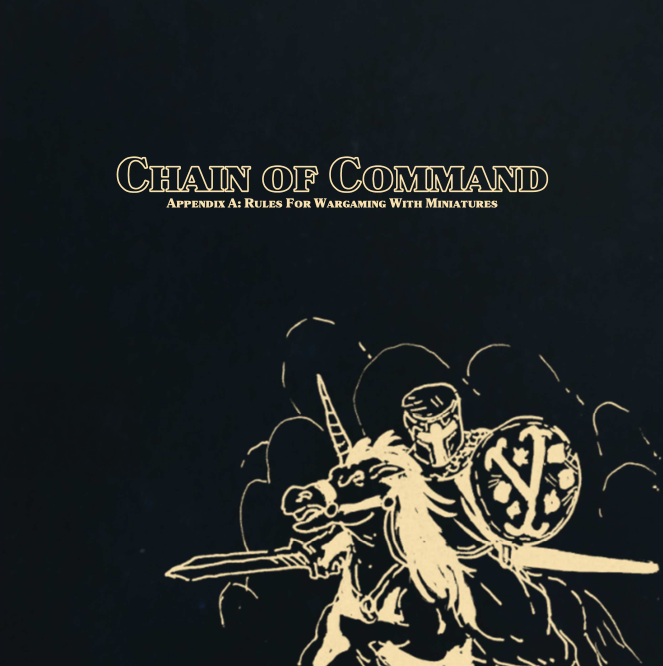 The main text is done, but I'd still like to finish the indices I have planned for the back of the document. This would be really helpful given how often things are referred to across the original booklets. For example, the second volume made liberal references to Chainmail for how to handle monster abilities, such as giants acting as light catapults or elves being total fantasy fighting machines. I would also like to reorganize some tables here and there, such as the monster reference table so it's divided into types of monsters (e.g. undead, goblins, etc.).

When all that is done, I think I'll publish this to one of the popular TTRPG distribution platforms. Maybe I'll use itch.io to fund for artwork, or maybe not, but my intent is to make the PDF freely available. Just wanted to keep y'all updated! You can follow my itch.io page (link) to be notified when I publish the document there. Until then, thank you for your interest and encouragement!